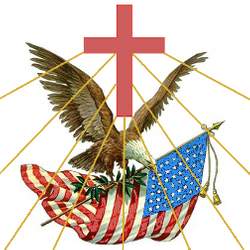 Sandro Magister gives us one of the intellectual fathers of the Pope:

Halfway through the first chapter, Jorge Mario Bergoglio also gives for the first time the name of the anthropologist who inspired his conception of “people”:

“There is a thinker that you should read: Rodolfo Kusch, a German who lived in northwestern Argentina, an excellent philosopher and anthropologist. He made one thing clear: that the word ‘people’ is not a logical word. It is a mythical word. It is not possible to speak of people logically, because that would mean making only a description. In order to understand a people, to understand what are the values of this people, one must enter into the spirit, into the heart, into the work, into the history, and into the myth of its tradition. This point is truly at the basis of the theology called ‘of the people.’ That is to say, to go with the people, see how it expresses itself. This distinction is important. The people is not a logical category, it is a mythical category.”

And a few pages later, Francis comes back to the subject to scold “L’Osservatore Romano” for having distorted his thought:
“I have said and have repeated: the word ‘people’ is not a logical concept, it is a mythical concept. Not mystical, but mythical. [. . .] I once said ‘mythical’ and L’Osservatore Romano involuntarily erred in the translation, speaking of ‘mystical people’. And do you know why? Because they did not understand what mythical people means. They said to themselves: No it is the pope who made a mistake, let’s put ‘mystical’.”

In effect, that’s precisely what happened. On the way back from the journey to Mexico, during the usual in-flight press conference, on February 7, 2016 Francis said precisely – speaking in Italian – that “the word ‘people’ is not a logical category, it is a mythical category.”

The video of the press conference, which is still available, is irrefutable proof of this. At the 52:29 mark, the word that comes from the pope’s mouth is “mythical” and not “mystical.”
The next day, however, “L’Osservatore Romano” changed the word to “mystical.” And the same thing happened with theofficial transcription of the press conference in multiple languages, the one that can still be read today on the Vatican website.

Francis quickly found out about the word change. And in an interview the following July 6 with the trusty Antonio Spadaro, director of “La Civiltà Cattolica” – an interview that ended up in a volume with the homilies and discourses of Bergoglio from when he was archbishop of Buenos Aires, published that same summer – he did all he could to put things back into place:

“There is a word that is very mistreated: there is so much talk about populism, about populist politics, about populist platforms. But this is a mistake. People is not a logical category, nor is it a mystical category, if we understand it in the sense that everything the people does is good or in the sense that the people is an angelic category. No! It is a mythical category, if anything. I repeat: mythical. People is an historical and mythical category. The people is made in a process, with the sights set on a common objective and project. History is built by this process of generations that succeed each other within a people. It takes a myth to understand the people. When you explain what a people is, you use logical categories because you have to explain it: they are needed, of course. But you do not explain in this way the meaning of belonging to the people. The word people has something more that cannot be explained in a logical manner. Being part of the people is being part of a shared identity made of social and cultural bonds. And this is not an automatic thing, on the contrary: it is a slow, difficult process toward a shared project.”

Curiously, “L’Osservatore Romano” – on November 11, 2016, in presenting the book with the homilies and discourses of Bergoglio – reproduced this clarification in its entirety, perhaps without realizing that it had been the cause of it.
But even those who manage the official publication of the pope’s texts did not bat an eye, leaving the word “mystical” in place of “mythical.”

And this brings us up to the book-length interview of this year with Dominique Wolton, in which Bergoglio lets loose.
Once again without anyone correcting the error, in the official collection of the pope’s discourses.

In any case, this “qui pro quo” has brought one benefit. It has given Pope Francis an opportunity to clarify further the meaning and roots of his populism. Where between “myth” and “mystique” the difference is not so great, as has been understood for some time:

> Bergoglio, Politician. The Myth of the Chosen People
As for his inspiration, Rodolfo Kusch (1922-1979), it is interesting that the pope should have named him.
An author of both anthropological and theatrical works, Kusch took his inspiration from Heidegger’s philosophy to distinguish between “being” and “dwelling,” describing with the first category the rationalistic and domineering vision of Western man and with the second the vision of the indigenous Latin American peoples, in peace with nature and animated by none other than a “myth.”
For Kusch, the first of the two visions, the Eurocentric one, is intolerant and incapable of understanding the second, which he instead wanted to accentuate and to which he dedicated his most important studies. For this reason too he found himself at the margins of the culture of the dominant elites and instead found an admirer in Bergoglio.

Go here to read the rest. Kusch was part of the philosophy of liberation, a movement popular among leftist Latin American intellectuals that is a form of third worldism with a Latin American twist. Go here to read more about it. It basically is a soothing explanation for Latin American Leftists as to why South America has been such a failure when compared to the United States. It is very long on theory and very short on facts.